Roku Vs Chromecast: Which is best For You? 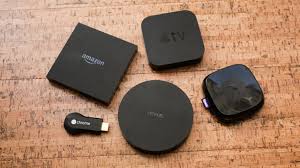 Chromecast is a fast-moving and falls within affordable purchase cost. It offers HD video streaming and comes in both basic and advanced models. It supports both Android and iOS and available as an app. You get content from hundreds of free and premium streaming providers. It is very easy to set up. If you are watching it on your Television, you require an individual channel or if you are watching through the phone, you definitely require an app. It does not have a remote but works with the help of Google Assistant. You can cast content from any individual app available on a smartphone, tablet, or laptop.

Roku also offers HD video streaming and offers basic and advanced models. It is compatible with Android and iOS devices. You can receive content from premium and free streaming providers. It is also easy to set up and has a remote, which is easy to use and intuitive. You get Roku as a stick and using it through an app becomes optional. There is no native voice control and delivers content through installed channels and apps.

Roku has six products in which Roku Express is the cheapest available at $29. The most expensive Roku streaming device is the Streaming Stick +, which costs $59.

Chromecast device’s overall cost is $35, which is similar to the price of Roku Express + and $4 cheaper than the recent re-released Roku Premiere. A Chromecast Ultra costs $69 due to its 4K support. When you compare the annual subscription you pay for the cable bill, buying any of these devices is not going to cost you much.

The user interface between Roku and Chromecast has the greatest difference. Roku has an individual operating system and runs on the same. It has an on-screen interface with channels, store, settings menu, and searches functionality.

Read Also: Best Dreamcast Games You Can Find In 2021

Chromecast does not offer an on-screen interface. It allows your smartphone, tablet, or computer screen to be mirrored and displayed on the television. You can set up and manage your Chromecast using the Google Home app and is available on Android and iOS.

All the devices of both Roku and Chromecast are connected to television through an HDMI port. Only Roku Express + is exceptional in this as it offers composite A/V ports in addition to HDMI connectivity. In case you have an older television model then Express + is the only option that works for you.

Among the two Chromecast products, only the Chromecast Ultra supports 4K. But before you buy a 4K model, make sure that your television supports the pixel resolution. Also, 4K content is costlier than other popular streaming devices’ content.

All Roku devices have remote controls and the three cheapest models contain a simple remote. With the remote, you can easily control Roku. The other three premium models come with a voice remote. Voice remote makes it possible to search for content verbally. However, the remote also has a TV power button and volume controls so that you need not use the TV remote instead you can use Roku remote, by reducing the gadgets lying around.

Roku also sells more advanced remote controls such as an enhanced voice remote which contains a headphone jack for alone listening. You can download the Roku app on both Android and iOS devices so that you can switch over between the remote and mobile devices.

Read Also:Best Sega Genesis Games You Can Find In 2021

Chromecast devices are controlled totally from your Android or iOS device or computer. They cast your device content by the mirroring process, which reflects on your television. For example, Netflix is cast enabled, which can be watched by just tapping the in-app Cast button. But Amazon Prime Video is not cast enabled.

Roku has the biggest channel pipe that allows you to install more than 500,000 channels on your device. But most of the channels are not worth watching in today’s trend in entertainment. But you have all big hitters of entertainment such as Spotify, Hulu, Sling, Netflix, Amazon Prime Video, etc. Roku has a never-ending collection of private channels and some of the best private channels on Roku are available on Roku’s official website also.

Chromecast is different and not all apps are Chromecast-enabled as mentioned previously. You will have to manually cast most of the apps on your TV screen. Streaming Chromecast from mobile hits your mobile battery life sometimes. Also, your phone becomes an idol while using Chromecast on television. Few apps may not stream properly even if you cast the entire screen. Moreover, if you depend on apps such as VLC, Quick Time, Flash, Silverlight, etc. it will not help you to the extent you expect.

Broadly speaking if you are looking for the best streaming device in 2021 or anytime for that case, Roku seems to be the best one. It stands out for its features, resolution, and cost, streaming options, range of channels, and more, whereas Chromecast though a moving one does not sound great like Roku does. Hoping this blog gave you a clear idea which is best among Roku Vs Chromecast, explicitly.

List of Essential Fallout Shelter Tips and Cheats In 2021

Ecobee Vs Nest: Difference between the two & how to pick the best