How To Stop Updating Android Apps Automatically:- Android Apps updating automatically means a massive load on your network bandwidth. Whatever you do in the foreground just halts when your device starts taking on this cumbersome task as you watch it happening helplessly. Imagine what happens to users who run out of space with multitudes of android applications. Keep the mobile or network data aside; it can be sturdy for your phone’s battery. You better come up with a solution on How to stop updating android apps automatically in time to save your draining resources.

Smartphones lets you bring every possible change when it comes to use an app for granting it specific permissions. You can choose which app to update or which one to put aside to save your phone’s resources and memory. Thanks to your device’s ability to permit the preferable apps for necessary upgrades and fixes.

Why you Need to Update your Android Apps

You’ll to update your apps due to several reasons.

It’s effortless to stop android updating apps automatically using the following steps. In the following sections, I have used the first method that requires you to go to your play store app, and within a few taps and touches, you can get it done. In the first one, you can turn of automatic updates on android on every app. In the second, you can put update restrictions on individual apps. Let’s dive in. 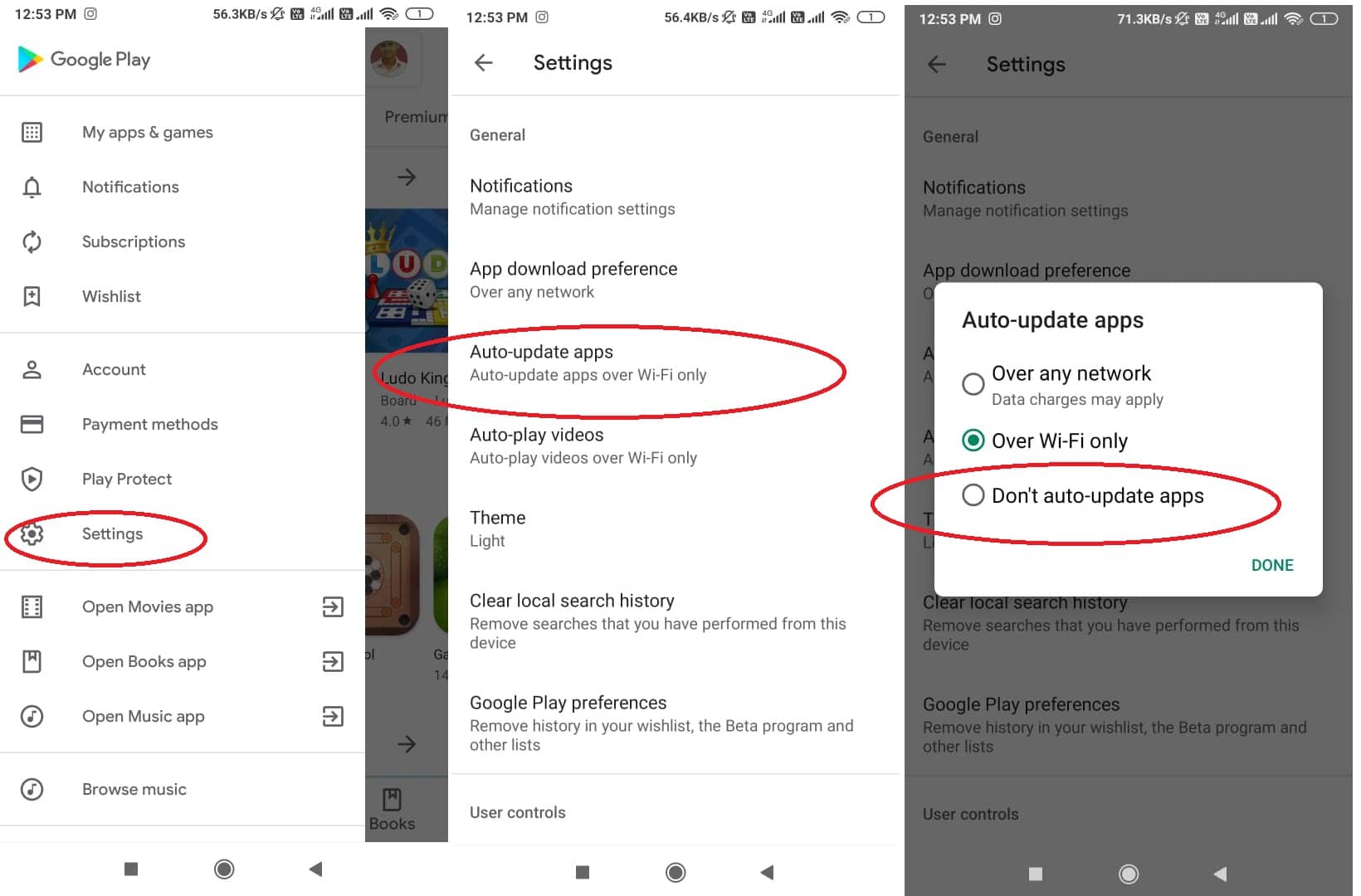 Step 2: Tap three horizontal lines on the top left of the app to display menu.

Step 3: Tap on Settings (the gear icon) on the menu.

Step 6: If you want to keep the auto-update apps active, tap “Over WiFi Only,” this would help you save your cellular data.

This is it, you are good to go.

How To Disable Auto-Update For Specific Apps On Android

Step 2: Tap in the Search Box and type in the name of app you want to restrict from updating.

Step 3: Tap on the App icon displaying on the extreme left after it appears on searching.

Step 5: Tap on it and uncheck the last option that is, Enable auto-update.

And that’s it. You’ll no longer have to worry about your automatic updates and shrinking bandwidth. These above methods are sufficient to save you from loads of stress.

Choosing to stop updating android apps automatically means you can do it when it is most required, for example, bugfix. The best to set apps to upgrade is when you don’t need your phone for any urgent need unless it’s your special one on the chat or video call. Do try this easy fix on how to stop updating android apps automatically to keep the hassles at bay.