What are these discord bots?

Discord bots are automated robots that join your server and respond to events they have been programmed for. When the programmed code triggers an action, your discord bot acts as similar to a user does. For example, discord bots are built on websites as chatbots, any mobile app that requires user interaction instead the bot does the job.

The discord bot process is so simple. It is a real-time messaging platform that provides all-in-one voice and text chat for gamers. It offers a sleek and easy-to-use interface and extensive features to make your website or application a real-time example of success.

Read Also: Best Snes Games You Can Find In 2022

When a user or someone sends a chat message in your channel, your bot detects the new chat message and reads the message and then looks for random words that it has been programmed with, and then it replies to the user. It uses a Discord API server that links your bot to the programmed code and brings back to the system to respond.

Discord bots provide wonderful benefits that you can make use of.

How to make a discord bot in the developer portal?

This method is considered primary before you dive into making a bot using Python. It lets you handle events and develop interesting automation by creating a few discord components.

Once the Discord home page is created, you can view and invite your friends to populate it and send direct messages and guilds. Select the +icon on the left-hand side of the webpage and to create a server. It prompts you either to Create a Server or Join a Server. Choose to Create a Server and provide a name for your guild. After the guild is created, you will be able to see users on the right-hand side and channels on the left.

The steps to create a discord bot using Python is similar to the steps you follow on a developer’s portal, but here you involve the complete coding process on your own and then develop, whereas the developer’s portal has coding built-in.

As the first step, you create a Discord connection using discord.py by creating an instance of Client; then make the interaction with Discord APIs, use utility functions to print the name and identifier of the bot’s guild, bots responding to events, welcoming new members, responding to messages, handling exceptions and connecting a bot.

Methods for developing a Discord bot differ from a beginner to an expert. You can approach us for any support on Discord bot development through chat, email, or other modes of communication. The process for making a Discord bot online is similar to how you make it online in a developer’s portal.

All you have to make sure is enough server space to run your Discord bot and code in such a way that your bot responds to events without any interruption or problem. Businesses have seen immense growth by introducing chatbots into their websites, which has a positive impact on programming languages you use to develop your Discord bot. 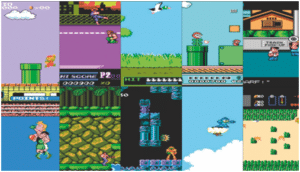