HackNotice announced today that it has added a number of free analysis and visualization tools that allow end-users to see when their personal information has been released. The tools called Risk Explorer will also be available as part of the HackNotice teams, a platform for gathering threat intelligence that the company already provides.

Steve Thomas, CEO of HackNotice, said the goal was to make it easier for end-users to know when, for example, their credentials have been transferred to the black web.

The inclusion of a risk explorer on the HackNote teams will also enable cybersecurity teams to provide users with a set of tools to track their specific risks, he said. 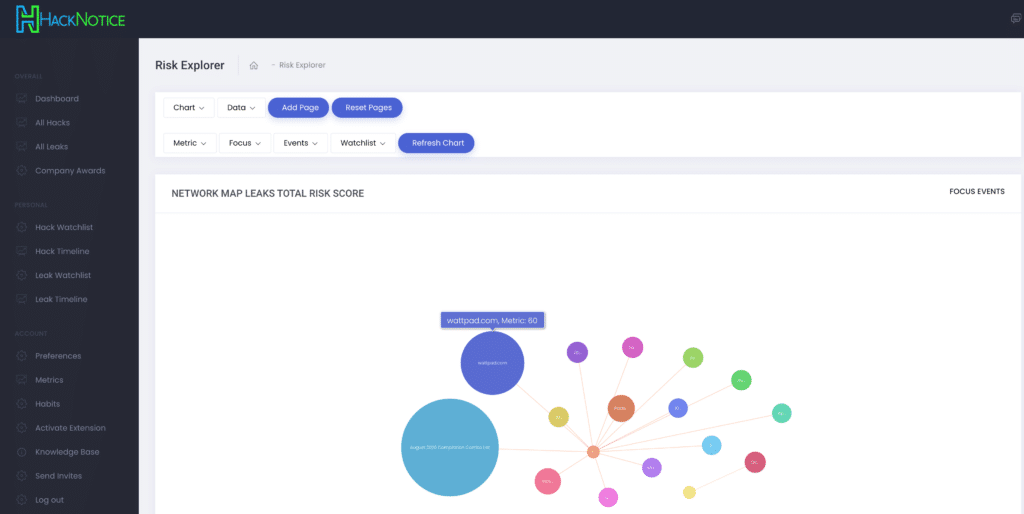 This approach will enable cybersecurity teams to convert what is often seen as a theoretical risk into a series of visualizations that end-users themselves can use to better assess the level of risk, Thomas added. According to him, Risk Explorer democratizes the investigation of threats.

He pointed out that such an approach also helps to remove the impression that cybersecurity experts are messengers of fate and darkness. Instead, users can visually investigate analyses that can stimulate positive behavior, such as encouraging more frequent password changes.

Providing this knowledge should improve the overall security of the organization, as end-users will always be the first line of defense, Thomas said. It is hoped that the greater the awareness of potential risks, the less need there is for research into cybersecurity incidents. With more and more employees working from home, the need to proactively inform users about these threats has never been more urgent, he added.

HackNote teams offer organizations more than 100 different ways to view, analyze, filter, and display these threats. Today, most organizations only understand the threat when it is too late. Cybercriminals often freely share techniques and objectives that can be pursued using tools such as HackNotice, Thomas said. The problem is that most organizations today still focus on theoretical threats instead of trying to identify the threats created to gain illegal access to a particular computing environment.

It remains to be seen whether Risk Explorer will be accepted by end-users. However, this technology should at least make it possible to better understand whether and how many of their cybercriminals are being prosecuted. While cybercriminals continue to launch large-scale attacks in the hope of obtaining a wide range of powers, they are also increasingly interested in individuals who may be more profitable because of their role in the organization.

Today’s cybersecurity experts are not only responsible for the protection of network boundaries. The challenge now is to secure the digital identity of end-users who regularly access applications in indoor and cloud environments. So the most important thing is to be as alert as possible to imminent attacks.