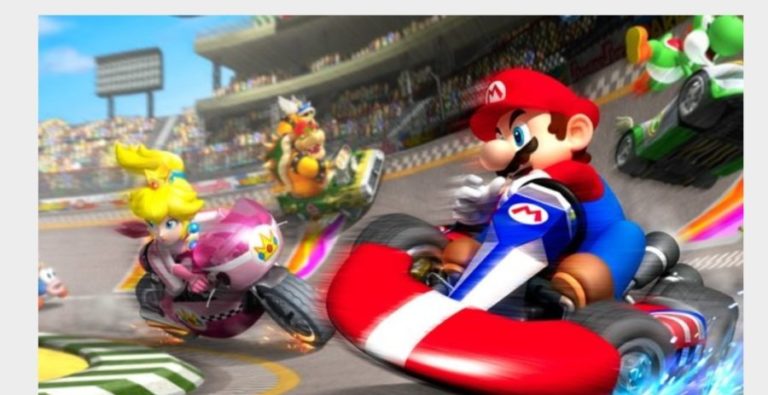 Best Wii Games: Surely, if you ever played games on a Wii console, you would be able to resonate well with my thoughts. The console brought a revolution when the MotionPlus accessories also came into the picture. And several games were available on the platform. The Wii console was one of the best creations of Nintendo. Several factors brought an amazing experience. On the contrary, most of the games made us come into the motion instead of just sitting idle. That’s the reason which compels us to take a look at the best Wii games.

Being released worldwide in the year 2010 and a sequel to the Super Mario Galaxy (2010), this game was published for Wii in the beginning. Eventually, it emerged as the most adorable game of all time. And the reason is obvious. This sequel was so much better than the original one that it became one of the best Mario games of all time. The game is also loaded with stunning visuals. Go get busy in rescuing Princess Peach.

Commonly referred to as Brawl, this fighting game became one of the best Wii games that were developed by Sora. This game was the one where Nintendo decided to put a lot of new items and characters which changed the history of the gaming world. There’s an assortment of amusements such as Sonic The Hedgehog and Solid Snake as well.

The arcade shooting game came up sifting out all the earlier miseries with a revolution. With the mesmerizing beauty of the game due to its gameplay, an action that includes enemies with different levels of difficulty, this game also had astounding background music. Yeah, I admit some of the levels might be difficult, but if that doesn’t seem to be an obstruction, you should go for this game. You won’t regret.

Developed by Ubisoft, Rayman Origins came as the fourth installment in the Rayman series. It was available on several platforms that included Nintendo too. Well, it doesn’t matter if you have played the earlier games of the series, you should definitely give it a try. You would love it to the T because the fun it provides cannot be expressed in words.

Call it a huge success, because this action-adventure video game gives an amazing experience while playing with the Wii Remote. Metroid Prime 3: Corruption was developed by Retro Studios and brings the best upshot to the whole series. Plus, the ease to play this first-person game with remote makes it much better than the previous installments. Go and check out this exquisite piece.

Have a glance at the whimsical world which is also stuffed with a fascinating universe and a variety of amazing characters that are customizable as well. Although Xenoblade Chronicles had come lately to the Wii console, it is undoubtedly one of the best Wii games. Let me assure you the fact that you will get addicted to this RPG game even if you aren’t a big fan of this genre. Even your relationship with other characters matters a lot in this game.

Again a Mario game in the list and this one is regarded as one of the best Wii games that were ever developed. New Super Mario Bros. Wii includes Mario and Luigi as the main playable characters. There is no doubt that the game is memorabilia for all of us. This is the reason why it has become the best Wii games for adults as well as for kids. And as we all know, the Mario series never fails in providing the best experience.

There are only a few games that brought a revolutionary change in the history of games and this game is one of those. Red Steel 2 was an action game that enabled us to make the best use of Wii MotionPlus. And the visuals of the game are also on another level, added with being a samurai. So, hold your remote like a sword and get ready for the action.

If you feel like Punch-Out!! is the first game of its kind, then let me tell you that this game had come after a long break. The classic game needs you to hold the Nunchuk controller and the Wii Remote. Also, this game would make you feel like the real fighter who has stepped inside the ring. All your actions will be copied by your character. Make sure you play it well.

Coming to the last on the list, The House of the Dead: Overkill cannot be left out. The game was published by Sega. Although it might be a little violent for the kids, this game full of zombies has to be played with the Wii remote and you cannot question the presentation of the game because it is an exquisite piece. You can call it as one of the best Wii games for adults also.

After seeing the list, you must have made your choice for any nostalgic game that you want to play again. And even if that’s not the case, I hope the list gives you an oddly satisfying feeling.