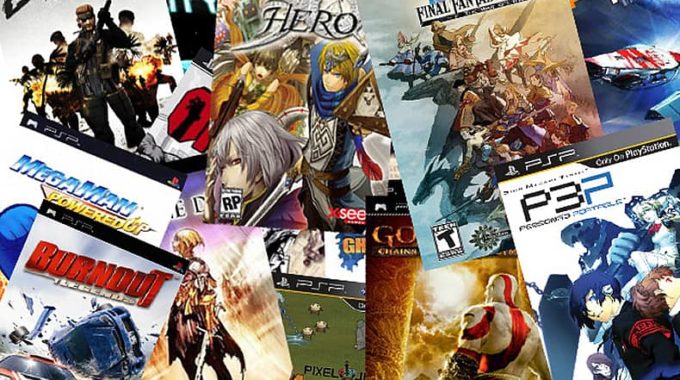 Best PSP Games: Well, the PSP was one of the best gaming devices of its time. It was quite amusing to see the best PS2 games to be available on a portable device. The ship has already sailed and PSP has now become a thing of history. But people who loved to play on PSP would still like to commemorate the beauty of the older generation games. And if you’re also the one, then we’re going to take you through some of the best PSP games.

So, we have prepared the ‘Best PSP Games list’ to show you the games along with their respective user score and Metascore. Additionally, you would also get to see the best PSP games as of Reddit users’ choice.

God of War: Chains of Olympus

Starting off the list with the God of War franchise, this installment can be regarded as one of the best PSP games that were ever launched. Here, Kratos is depicted as the ex-Spartan warrior and he has to defeat and eradicate Ares, God of War from the throne. Not only this, but Kratos also has to battle against several mythological creatures like Medusa, Cyclops, Hydra, etc.

Well, how can a racing game be left behind when we are talking about any gaming platform in general? Burnout: Legends is in my opinion, one of the best PSP games that took its first two titles to the heights by getting released with innumerous intricacies. With the availability of more tracks and gameplay modes, you also get to take control of a police car. Trust me, if you start with this one, you’d keep playing it for hours.

When it comes to the fighting games, Tekken is counted as one of the best PSP games. Tekken: Dark Resurrection came out with the addition of Lili and Dragunov. Moreover, fighters like Jin, Heihachi, Law, Hwoarang, Paul, etc. were already in its other titles. The multiplayer game also enabled to customize the characters as per the wish of the user. The important thing here was the graphics as it was made with a realistic approach that wasn’t yet available on PSP before its arrival.

And here it is the one you must have an eye on. There’s no doubt that GTA has proved to be a popular game till now. Set in the Vice City, 1984, the creation of Rockstar Games is the one that doesn’t any introduction. Any game lover would be able to tell you that it was one of the best Role-Playing PSP games during its high time.

When the best Role-Playing PSP games come into the picture, Final Fantasy IV: The Complete Collection would come out as a great contender of its genre. The Complete Collection comprises of both Final Fantasy IV and the after years. The game will peregrinate you through the story of Cecil, a dark knight. Cecil’s journey would consist of preventing sorcerer Golbez from taking the powerful crystals.

The game Killzone: Liberation has been set two months after the events that took place in Killzone. Helghast General, Metric doesn’t abide by the rules of war and shows his brutality to make himself powerful by proliferating his position. There’s a mission to play in the game where you’ll have to save the hostages. The game is unique because the third person perspective due to the isometric viewpoint gives the player a better chance to read the actions of the enemy.

Again a racing game on the list that won’t fail to entertain you. Gran Turismo was also one of the best PSP games that came on the portable device with the graphics that can make you fall in love with the game. Moreover, there are 800 cars, 35 tracks available in the Gran Turismo. It also consisted of ad-hoc vehicle sharing. This game was launched in the year 2009.

You can consider Daxter as the spin-off of its previous PS2 titles Jak and Daxter as well as Jak II and it was launched in the year 2006. The skill-based game has its vibrant colors that are still able to fill the voids if you think the PSP’s graphics have become outdated. You should contemplate trying this one as it is a nice available on PSP.

Read Also: Best Cross-Platform Games You Can Find In 2021

Undoubtedly, Metal Gear Solid: Peace Walker can be said as one of the best PSP games that brought a revolution to the Metal Gear Solid series. The game deviates us from the best side of the franchise with its stunning visuals along with the addition of some new characters. The game was released in the year 2010 and wanders us through several areas of violence. Meanwhile, there’s a theory of world domination when you’re made to visit a hostile scenario.

God of War: Ghost of Sparta

You can call the God of War to be one of the best Role-Playing PSP Games available in the market to date. This single-player lets you become the Spartan warrior Kratos. Ghost of Sparta tells the story when Kratos rose to power, thereby become the God of War. The game wanders through the Kratos’ nightmares and will also reveal his dark past. Moreover, Kratos would have to fight a huge army of mythological creatures in the quest.

On the flip side, there are still a lot of games to be talked about. But the games included in the list are the special ones. Take a look at all of them and see what suits your choice. Brush up your memory with these titles.