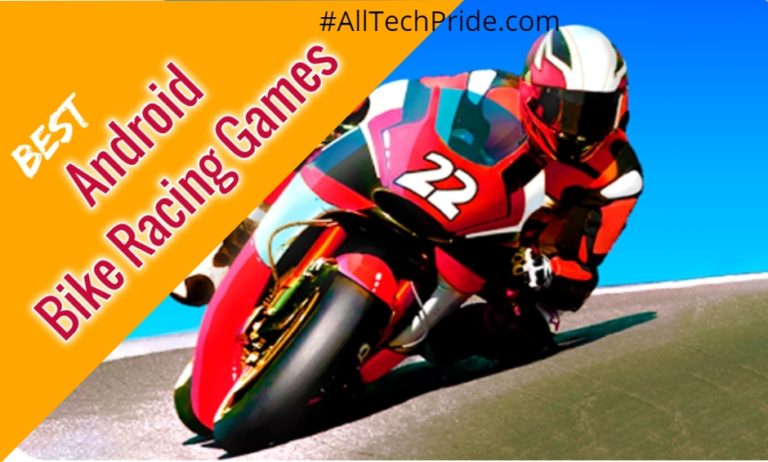 No one would want to see a game crashing amid playing. There’s a range of motorcycle games you can spot on Play Store, but a few would be able to make it to your favorites list. These 10 best bike racing games for android mobiles are the ones that I found worth mentioning.

Motorbikes are an easy way to get rid of the boredom at home, work, or leisure. It would be a cliché to say that bike racing games are also another pleasant way to test your riding skills. Here are some of the best motorcycle games for mobile to try while you’re sitting in your couch. Let’s check the list of Top 10 bike Racing Games for Android; just ride along.

A typical racing game serves a few purposes, freedom of defying gravity, breaking speed limits, and lots of thrilling action. It’s all about a matter of fuel and fire, beating the best competitors and taking the lead spot on the list of the bests. Let’s see what these free bike racing games have for you. 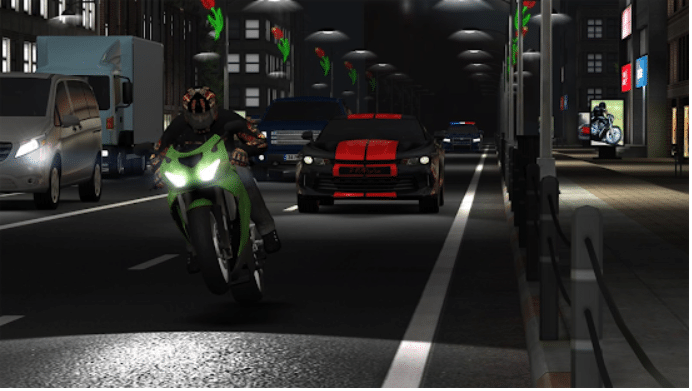 This Bike racing game is a unique creation from the producers of Racing Fever explicitly crafted for bikers. Experience the adrenaline rush from four different angles and test how good you are at handling your bikes as you pass through the crests and troughs. You can choose your bike model out of 16 different makes and builds, customize it to your liking and hit the race track.

To make this game even more of a thriller, the creators have added four different regions to race on to take on four gangs. So, if you are wondering who are competing, these gang leaders will get you an idea. Supporting 23 international languages, this game is a perfect fit for everyone and anyone. This free bike racing game for android also comes with rewards and valuable gifts that you can earn every day. Remember, cops are tailing you always, so be careful while you focus on the gangs. 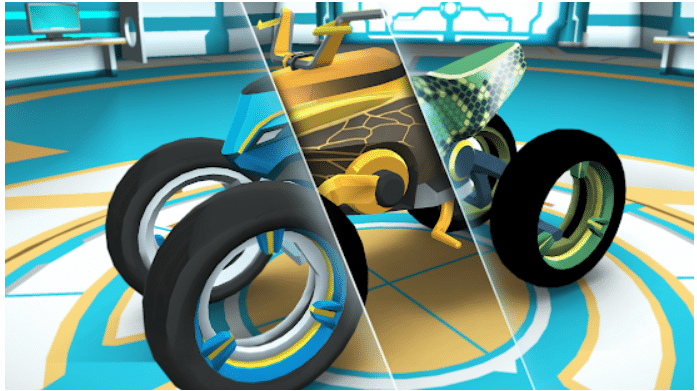 Take your biking thrill into space and put up some breathtaking show. If you are looking for Bike racing game for android that emphasizes gravity-defying flips and jumps, Gravity Rider is just for you. Hone your racing skills in moto racing trials, defeat your rivals, and end the race first to be champion.

Read Also: Best Final Fantasy 14 Classes You Can Find In 2021

Change to a four-wheeler racer if you something different to try, Gravity Rider also comes in car edition. Its zero gravity fields, asphalt elevators, and drift tracks are the surprising and testing elements you have had ever faced elsewhere. Balance is the key to win the race, so make sure to avoid skidding now and then. 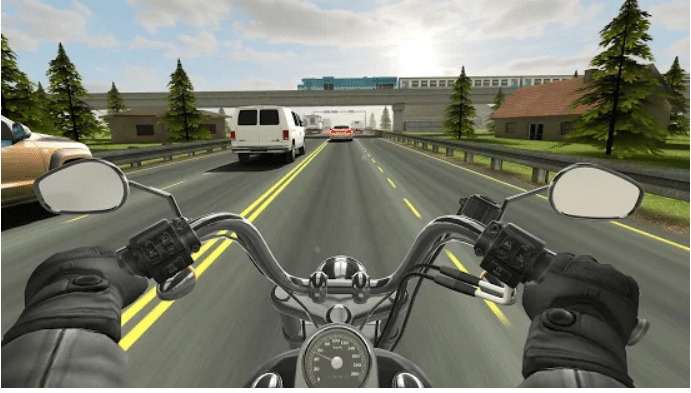 Traffic Rider is a classic and real-time bike racing game from the creators of Traffic Racer. The graphics and looks show the class of sheer brilliance, keeping it the old school with real engine sounds in the background. You can play it in day and night modes choosing any of the 29 listed real bike models.

That’s not all; you can take on 70+ missions with 30+ achievements while showing you good you’re at beating eth clock. Break your own speed record to earn bonuses and cash. Break some rules to get you some extra points. It’s available in 19 different languages to get you started easily. 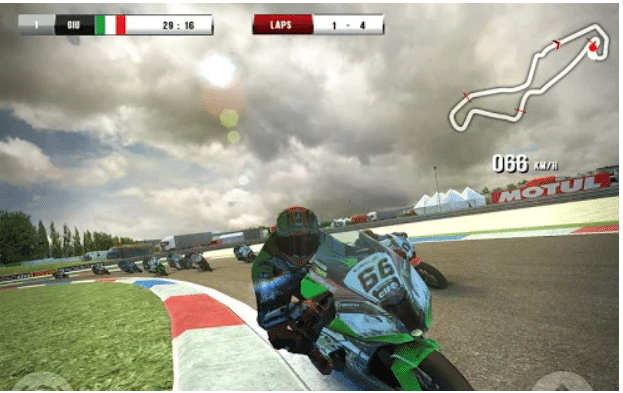 Enter into the real-time 2016 Motul FIM Superbike World Championship and show who the new champion is. If you think you are sound with the knowledge of biking, this game captures all the technicalities. Choose any model or design from Aprilia, Kawasaki, Honda, Ducati, MV Agusta, BMW or Yamaha and get started.

Read Also: Best Gamecube Games You Can Play In 2020

This game not only sports 3D graphics and awesome racetracks but also, lets you compete with the best racers in the world. Turn yourself into a pro and push your gaming limits by accepting impossible challenges. This bike racing game come with four gaming modes, namely, Championship, Quick Race, Time Attack and Test Ride.

Enjoy intuitive graphics while you race to the end and take headcounts. Death Moto 2 is a whole new level of Bike racing for those who think they can ride through as if it was a piece of cake. It’s the lightest of all the best bike racing games for android I’ve mentioned so far which does come different modes and missions.

Take the wheels and to take on a new adventure and kill the zombies to boost your scores. You can choose a different model and make according to your preferences and customize it further if you want more. Ride on and escape zombie attacks eliminating them one by one and stop by a mall to get an upgrade whenever possible. There are lots of weapons to choose as well just in case. 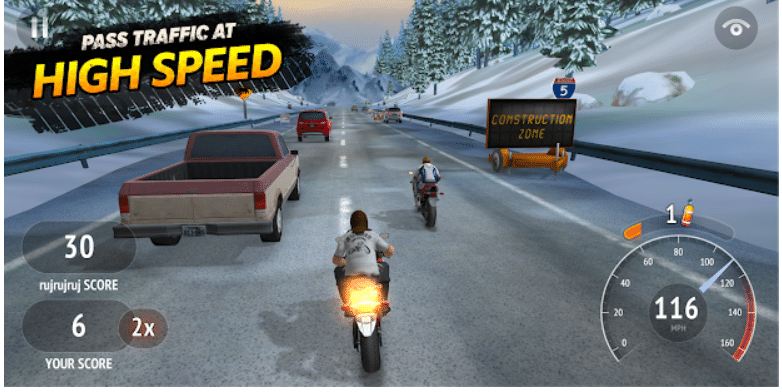 It’s time to take the racing fever to ruthless highways and compete live with your opponents. Highway Rider Motorcycle Racer pumps your adrenaline with nerve-wracking experience and daring game challenges. This game sets new real racing challenges as you drive past cars and trucks at blazingly fast speeds on your motorcycle.

Dodge traffic, boost your speed and make your way through the insane highways collecting unlocked gifts. You can share your progress with your buddies on social media to get the best out of this bike racing game for android mobiles. The cops are always on the lookout for rule-breakers; keep a tab on the police vehicles to escape and earn some extra perks. This game supports the arcade and the fugitive modes on four different highways. 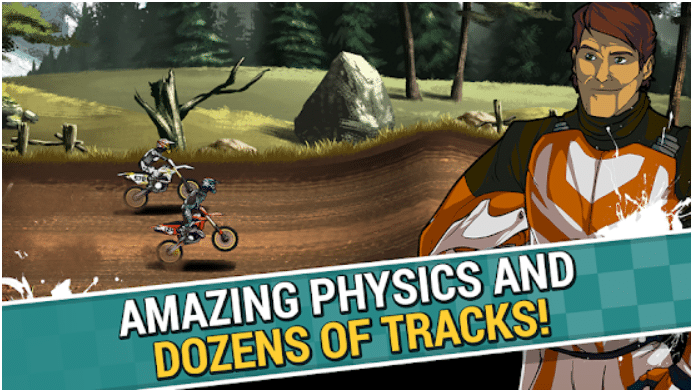 If you are a dirt racer, this side-scrolling motocross is one of the 10 best bike racing games for android is here for you just in time. With recent upgrades, the creators have brought much more to the dance. Mad Skills Motocross 2 has much more to amaze you if you already if you are seeking most intense Android racing experience of all time. This game features the best motorbike physics of any side-scrolling racing game had ever expected.

This dirt racing game comes with a dozen bikes to choose from all in different colours, makes, speeds, handling, and designs. Select our opponent and lay the track of your choice, which keeps on adding every week. Beat the best racers on the circuit to unlock more advanced features, participate in the JAM competition and earn prizes every week. 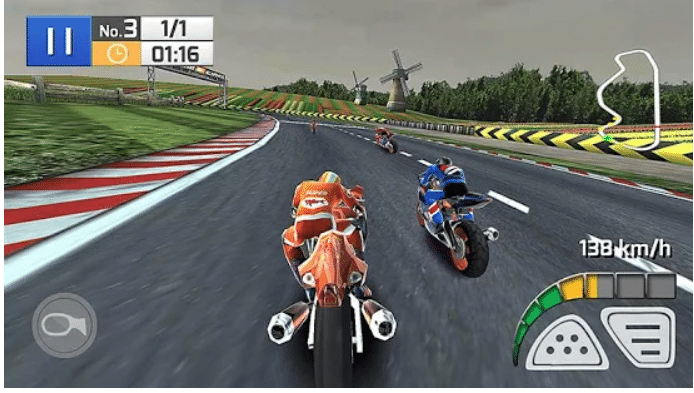 Real Bike Racing Game for Android is a perfect small-sized game for you if you are more concerned about your device memory. It’s the lightest of all the games to render you a definitive motorcycle racing experience. Ideally, Real Bike Racing is a must-have game for all the motorbike gamers.

Install, start the engine, and let the fun begin with the thrill of a 200 Horse Power bike. Participate in the world championships and conquer the contest selecting your favourite superbike. The game has an intuitive and dynamic interface with remarkable lighting effects. It’s also available in a Virtual Reality Mode supporting Google cardboard to turn it more realistic. 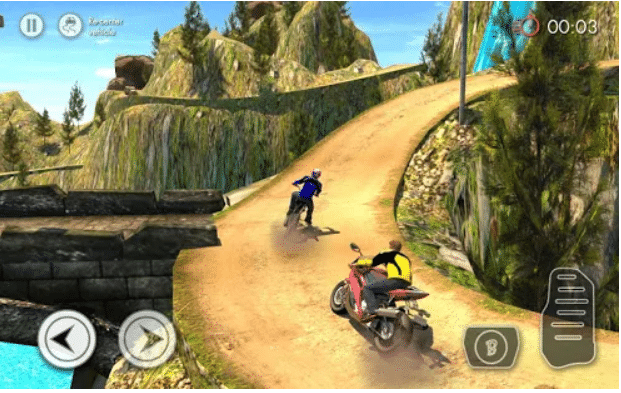 Go off the road if you want to race on the conventional tracks and highways. Offroad Bike Racing is an exciting bike racing that takes you through jungles and mountainous routes where rules are boxed aside. There is only one tough opponent to deal with, the raging weather and hurdles.

It’s definitely a fun game with no limits as you ride across dangerous hills and foggy atmosphere. There a lot to learn even if you are naïve and want to give it a try. Crisp and stunning 3D graphics, realistic game sounds in the background, and multiple angle camera view just excites your gaming experience. Gaming controls are the easiest in Offroad Bike Racing game. 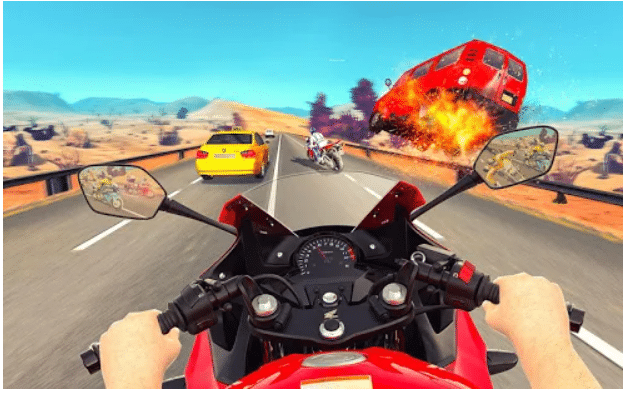 Head to all New Bike Attack Race if you want to jump to another level of bike racing. Apparent from its name, get to attack your opponent with anything you have handy while riding. There is no rule at hand, so, you better leverage the opportunity and win the race by hook or by crook.

Distract your competitor, twist some stunts around and use any weapon you want from an axe, punch, baseball bats, etc. Use shields to protect yourself from the oncoming assault and take revenge on your friends by inviting them to play. It’s a multiplayer game that can be played online as well as offline. Go absolute reckless but remember to stay balanced as your main aim is to top the contest in the end. New Bike Attack Race is the new form of rivalry without any rules to abide.

Take on any of these 10 best bike racing games for android you want, they all host great features that I believe would be less of anyone’s concerns. Fun and thrill is the central part here with lots of tricks, stunts, and handling at work. These were my best takes, if you have some more to include, let me know.

How to Recover Deleted Images and Videos on android 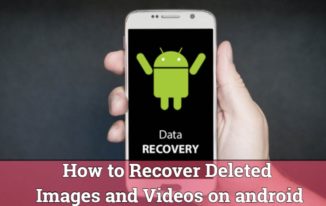 How to Recover Deleted Images and Videos on android