Best Phone to Root 2023 – A few users know that they can root their android device to revamp its functionality. The rest of us don’t heed what Rooted Android Phones mean and why they are different.

I’ll give you an idea about what rooting is at first before we dove into the topic of Best Phone to Root. Let’s roll down now. 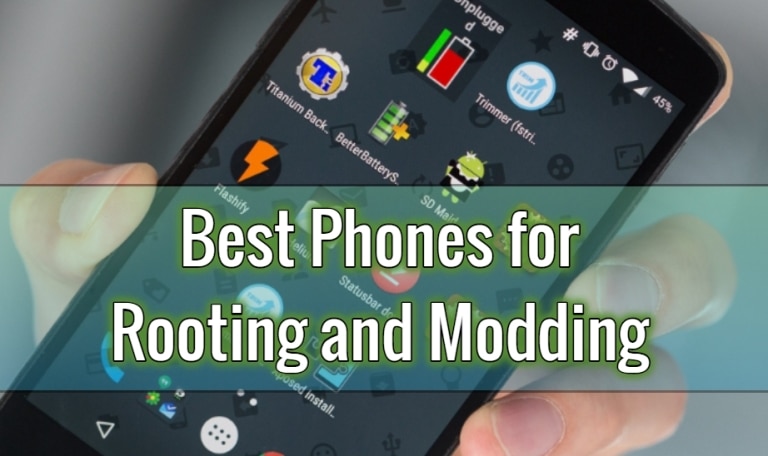 Rooting is a process of editing and manipulating the system settings in your android phone that is normally restricted by default. If your smartphone is rooted, you can attain access to your android system files and settings to enhance its functionality.

You can improve your phone’s battery life and load custom software on Best Phone to Root list to boost its performance. In simpler words, you can hack into your own mobile to give it a new-level functionality. While rooting lets you access the system files, you certainly need to be handy while tampering with the default settings. When you have access to internal settings, you earn the title of superuser as you gain permissions and rights to exercise admin-level tasks.

Not let’s get to know which phones you can avail yourself of from the market in the list of best android phones for rooting and modding in 2023.

Best Phone to Root and Modding 2023

Do note that some smartphones may take some time to arrive in the market specifically in your country. However, all these smartphones are rooted so you can tweak them further on for personalized looks and improved functions.

You can buy ASUS ZenFone 6 at a surprising price and with rooted capability. It supports unlocking the bootloader using a third-party app known as Unlock Device. You can install this app to unblock and open your device by following easy guidelines. The ASUS ZenFone 6 already has high-end features such as Qualcomm Snapdragon 855 chipset, 6 GB RAM, a 6.4-inch 1080p display, a motorized camera, backed up by a 500mAh battery.

OnePlus 8 has become one of the Best Phone to Root for and come well within your budget. Where many companies specify jailbreaking, the OnePlus 8 allows users to unlock its Bootloader. You can reset or modify your device settings without a problem. OnePlus 8 comes with loads of custom kernels and ROMs for your use and development needs. OnePlus 8 is based on Android’s latest version with 8GB RAM, 128 GB internal storage, and a 6.01-inch screen.

The OnePlus 7T is one of the best rooted android phones on the market today. Equipped with world-class technology, this smartphone sports a Snapdragon 855+ chipset backed by 8GB of RAM and 128GB of storage. Its 6.55 inches bezel-less display is just a class apart with a 3800 mAh battery with Warp Charging support. It also supports unlocking bootloaders and plenty of kernel controls.

The Google Pixel 3a runs on Android 9.0 powered by Octa-Core (2GHz) Dual-core processor. Google has also allowed unlocking Bootloader and ROM customization with this lightning-fast phone which is expected to be in the market for the next couple of years. It’s a value for money when you need features that you can control in the backend.

Samsung takes the sporty looks and blazing features with Android 9.0 (upgradable to Android 10) and a 6.8-inch screen. The power size 12GB RAM and 256 GB/512GB internal memory make it a phone beyond expectations. You can also install custom ROMs in its Exynos variant. You can also workout on its default system settings to give the camera the best quality. Make sure it’s available in your country.

There are reasons Moto G5 Plus takes the 6th spot as one of the 10 best android phones to root on the list. Recent updates have amplified its performance to quite an optimum level. It’s easiest to create custom firmware on Moto G5 Plus while it’s even easier to unlock the bootloader. It runs on Android Nougat (7.0) which can be upgraded to Oreo (v8.1). Do note that unlocking the bootloader will void the warranty of your Moto G5 Plus. You can head to Motorola’s official website if you want to easily unlock the bootloader by generating the unlock code.

This Pocophone F1 is the oldest one on the list of the top 10 Best Phone to Root 2023 that still retains the capability to upgrade. You can find an online dedicated community that rolls out custom firmware for this phone. Its battery backup is the first game-changing feature that can be extended for a while by customizing kernels and ROM.

The 5.7” LG G6 runs on Android 7.0 (upgradable to Android 9 Pie) and comes in three different size variants (32/64/128 GB) with 4 GB RAM. Reviewers have given this one all go as it smartly meets all the user needs when it comes to custom ROM installs and other handy root options. You can generate unlock code for the bootloader through fast boot commands. You can find LG G6 officially published kernel sources along with TWRP recovery online and the Bridge Kit to restore your device. Makes sure you buy it from an authorized source to be able to root it.

The 6.09-inch Xiaomi Mi A3 comes as a handy and budget-friendly phone when you have some experimental stuff in place. It’s a pack of decently molded hardware configurations that supports bootloader unlocking and revamping the built-in system features. You can also try out different custom ROM installation methods on this device run by Android Pie (tweaked to Android 10).

Huawei Mate 9 is still on the market which means you still have a great option to root your device and tune it further. It must have gotten a little cheaper by now I guess. You can unlock its bootloader using a code-based system with the help of binaries and kernels available on its official site. The development community is still active to assist you with the ROM installation and other support. You can treat Mate 9 as your prime option when it comes to saving a smart piece of money.

Samsung Galaxy Note 20 Ultra is one of the favorite phones to root and enable hidden features of the Samsung galaxy phones.

Google Pixels are the safest android phones, but if you want to dig deep into the android family, then try Google Pixel 4a rooting because you can do this easily.

Rooting your device definitely gets you full control over how your phone should be even without official updates. There are other things to consider as well. Make sure to leave the sensitive settings as usual in order to keep it working fine.

These days, companies are more cautious when it comes to voiding the device’s warranty and making it rootable for unauthorized modifications. These are the Best Phone to Root that you can fetch at the moment.

So this is the guide on Best Phone for Rooting 2023 list, hope It helps you, if you have any queries then do drop them in the comment section below. 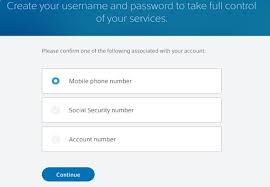 Xfinity WiFi Username and Password: This time I share an article about cracking the Xfinity wifi password. With this trick, you can easily hack into Xfinity Wi-Fi. If you are interested in an Xfinity Wi-Fi router to hack your connection, you have come to the right place. Now you can easily learn this lesson step…

According to the Hubspot study, 60% of consumers who perform a local search on their mobile device usually visit a location within 24 hours. The local SCO’s are very strong! Whether you’re a small business with a network of several local stores or an international company with offices around the world, you need to optimize…

Jakob Rost left Berlin for Indonesia more than 7 years ago as director of Lazada. Jacob built the Lazada market from the ground up to 70% of GTVs and led the geographic expansion. Prior to that Jacob worked as a management consultant for the Boston Consulting Group on projects in banking and financial services. After… 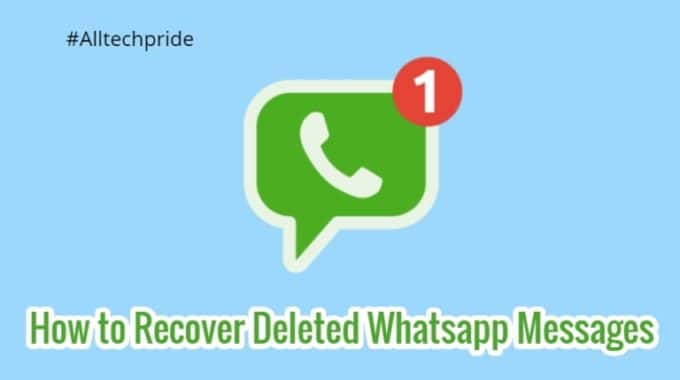 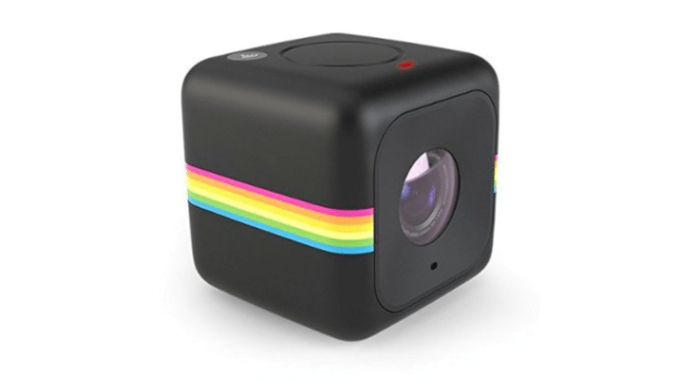 GoPro Alternatives – If you want to pick out something excluding this new product from the California-based company, listed below are the best sports cams just waiting to be picked up. GoPro may very well be the organization that started the entire sports cam blaze; nevertheless, it didn’t require other manufacturers to build a shop… 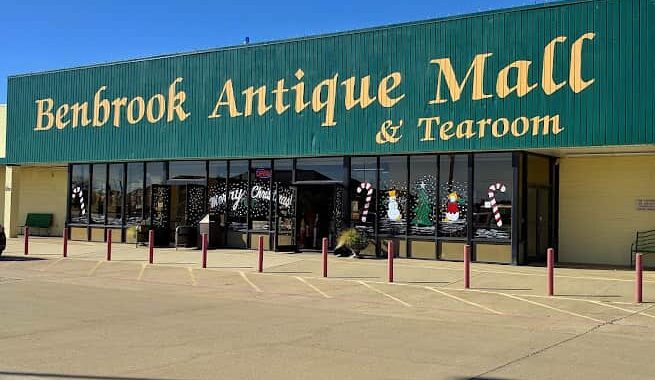